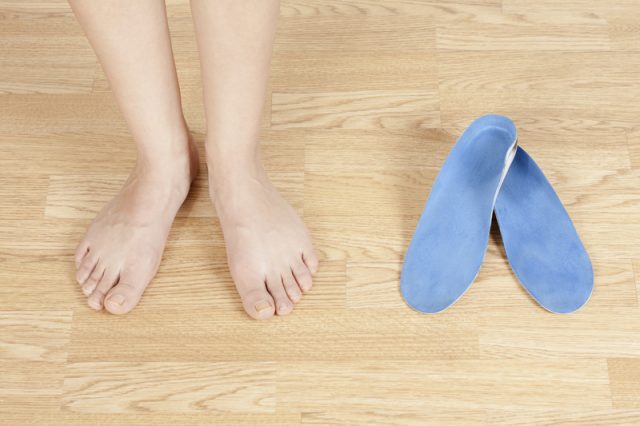 Very often people believe foot orthoses are only for young active and sporty people. In my practice a client will say i am too old for orthotics whats the point?
This is definitely not the case foot orthoses when prescribed correctly using the correct shape and materials can make difference by an increase in mobility and reduce the risk of falls in the older population.
Evidence of this is highlighted in the article below. Menz and his researchers show how Podiatry input in the community makes a significant difference to the rate of falls in an older population with disabling footpain.

Falls in older people are a major public health problem, with 1 in 3 people aged 65 and over falling each year.12 It is well recognised that falls result from the interaction between environmental hazards and physiological risk factors, such as impaired vision, muscle weakness, and slow reaction time.1234 More recently, foot problems, which affect 1 in 3 older people567 and are a common reason for consultation in primary care,8 have been associated with falls. Specifically, foot pain, reduced range of motion, toe weakness, and toe deformity have each been shown to be independent risk factors for falling.910 In addition, footwear related risk factors for falls include walking barefoot, walking in socks alone or wearing shoes with inadequate fixation (that is, no laces, straps, or buckles), increased heel height, and reduced contact area of sole.11121314

Given the emerging evidence that foot problems and inappropriate footwear increase the risk of falls, several guidelines for falls prevention recommend that older people have their feet and footwear examined by a podiatrist.15161718 These guidelines do not, however, specify the assessment or intervention activities to be undertaken, and few randomised controlled trials have been carried out to inform clinical practice. Three multifactorial intervention studies have included assessment of participants’ feet and footwear as part of the protocol, with referral to a podiatrist when appropriate.192021 However, the criteria for referral to a podiatrist were not described nor was there any analysis of the effectiveness or benefit of such referrals. Only one trial has been undertaken in relation to footwear, which specifically focused on a modification to reduce slipping on icy surfaces.22

To deal with this gap in the literature and to determine whether podiatry has a role in falls prevention, we carried out a randomised controlled trial to determine the effectiveness of a novel, multifaceted podiatry intervention addressing foot and footwear risk factors in reducing the rate of falls in older community dwelling people with disabling foot pain.

Between July 2008 and September 2009 we recruited participants by post using a database of people who were accessing podiatry services at the La Trobe University Health Sciences Clinic, Bundoora, Victoria, Australia, and by advertisements in local newspapers and on the radio. Participants were eligible if they were community dwelling, were aged 65 years or over, were cognitively intact (defined as a score of ≥7 on the short portable mental status questionnaire),23 reported disabling foot pain (defined as foot pain lasting for at least a day within the last month and a positive response of “some days” or “most/every days” to at least one item on the Manchester foot pain and disability index),24 and had an increased risk of falling (defined as either a history of a fall in the previous 12 months, a score of >1 on the physiological profile assessment tool,3 or performance on the alternate stepping test of >10 seconds).25 Exclusion criteria included neurodegenerative disorders, leg amputation, inability to walk household distances (10 m) without the use of a walking aid, limited English language skills, and leg surgery three months before the initial assessment or planned leg surgery within a period of three months of the planned initial assessment.

The findings of this study show that a multifaceted podiatry intervention is an effective falls prevention strategy in older people with disabling foot pain and an increased risk of falls. The reduction in falls is likely to be related to the significant improvements found in several measures of foot and ankle strength and range of motion, balance, and functional ability. The components of the intervention are inexpensive and relatively simple to implement, suggesting that the programme could be incorporated into routine podiatry practice or multidisciplinary falls prevention clinics.

What is already known on this topic

What this study adds

previousBest foot forward: Podiatry will keep you on your toes

Who said Halloween just for kids.👻