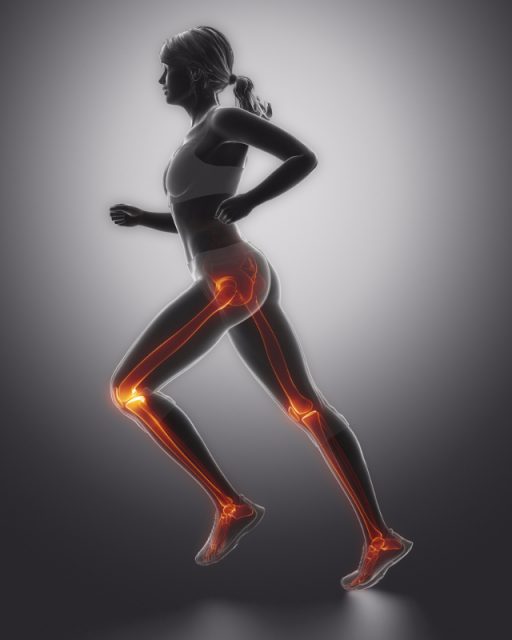 A further misconception of podiatry – previously known as chiropody – is that there aren’t enough jobs, she adds. “Here at Plymouth, we have a 93 per cent employment rate,” she says. Some universities even boast a 98 per cent rate.

Cowley adds people often don’t realise that podiatrists can work both for the NHS and privately. “In fact, most podiatrists do just that,” she explains.

Because people often have antiquated views of the profession, Cowley likes applicants to the undergraduate degree at Plymouth to have done at least a week’s work experience in an NHS podiatry department. “We are preparing them for a vocation, so it’s important that they know what they’re letting themselves in for,” she says.

She explains that the first year of the course is a common foundation programme whereby students learn alongside training midwives, nurses, physiotherapists and other allied health professionals. In this year, students learn things such as biology, basic anatomy and hygiene. “The second year gets more specialist, with students getting involved in more complex diagnosis and treatment. Then level 3 involves teaching students to manage clinks and a team around them,” says Cowley.

Previously, she explains, people had to sign up to a three-year degree and if they failed, they left with nothing. “But the NHS Skills for Health Agenda allows students to step off at anytime. After the first year, they’d leave with a Certificate in Healthcare Practice, enabling them to work in the NHS on a band 3 level, while students who get through the second year would come out as a podiatry assistant at band 4. Those who stick it out to the end of the third year come out as a fully qualified podiatrist.”

A lot of Cowley’s students initially apply for the physiotherapy course, she admits. “Few students apply for podiatry, often because they don’t really know about it. We run transferral days to give them the option to do our course and many like the sound of it. The vast majority who join us that way say they are so glad they did podiatry instead of physiotherapy.”

Gilly Mehraban, director of admissions at the School of Healthcare Professions at the University of Salford, says most applicants are mature. “We’d like to see more young people apply, but they often haven’t been told that this career exists,” she says.

She points to further rewards of podiatry. “There are opportunities to work abroad. Each year some our students go to countries including Australia, New Zealand and Hong Kong. It’s also a career where you get to treat patients quickly. In fact, we start them in clinical practice in the first year of the course. But most satisfying of all is that unlike a lot of the medical professions, we can instantly make someone feel better.”

What is a podiatrist?

A podiatrist assesses, diagnoses and treats a range of problems of the foot and lower limb below the knee. Their specialist skills are used to treat minor infections/ ailments, defects and injuries, as well as conditions and symptoms relating to other major health disorders such as diabetes. Podiatrists also provide preventative care and advice to patients and groups.

Is there a difference between a podiatrist and chiropodist?

No, the title “podiatrist” has merely replaced “chiropodist”.

What does a podiatrist do?

Typical work includes providing assessments in the management of chronic disorders and specialist high-risk patient groups; treating ulcers, providing wound management, advice and referral; using therapeutic techniques, such as carrying out minor surgery; prescribing, producing and fitting orthotics and other aids and appliances; and delivering foot health education, particularly to more vulnerable groups in society such as the homeless, the elderly, children and those with general medical problems such as osteo-arthritis and rheumatoid arthritis.

What do you need to be a good podiatrist?

A desire to work with people; good communication skills; a calm and understanding manner; care and dedication to others.

Where can I find out more about podiatry?

‘I ABSOLUTELY LOVE MY JOB’

“The educator part of my role involves training undergraduates in a hospital care setting. I observe the students and how they interact with patients, both from a psycho-social perspective and a clinical aspect. The psycho-social aspect involves making them aware that they’re not just treating a foot but the patient at the end of the foot! The clinical aspect involves checking that they’re cutting nails correctly to more complex things like treating a diabetic ulcer in the right way and referring patients onto a vascular surgeon or occupational therapist where necessary.

“The rest of the time, I work as a podiatrist in community clinics around the Plymouth area and I also do some private work. This involves assessing, treating – and where necessary – referring patients. The majority of them have diabetes, but I also see patients who require, say, insoles or bespoke shoes because their foot function is not as it should be, while others have corns and calluses that need treating. Some patients just need their nails cut – perhaps because they are elderly or visually impaired.

“I absolutely love my job. The students arrive not quite understanding podiatry and leave able to provide the best care for patients – which is incredibly rewarding. Meanwhile, the podiatry work is satisfying because patients often come to us in pain and leave with a big smile on their face. In some cases, you can avoid them having amputation, which is wonderful. I also enjoy the multi-disciplinary way that podiatrists work. I get to work with a range of other health professionals ranging from physiotherapists to occupational therapists.”

previousHow Do I Know When It Is Time To Replace My Athletic Shoes?

nextIf I am too old for orthotics what is the point?